Sometimes a stock is just too cheap to ignore, especially when it has exhibited a history of market-beating returns and consistent earnings. That is why you should take a look at Voya Financial (NYSE:VOYA), a financial services company that offers retirement plans, investments, and employee benefits.

Voya is not only ridiculously cheap but also efficient, and it recently completed an acquisition that should serve as a growth catalyst. Here is why an investment in this value stock could help you beat the market over the long term. 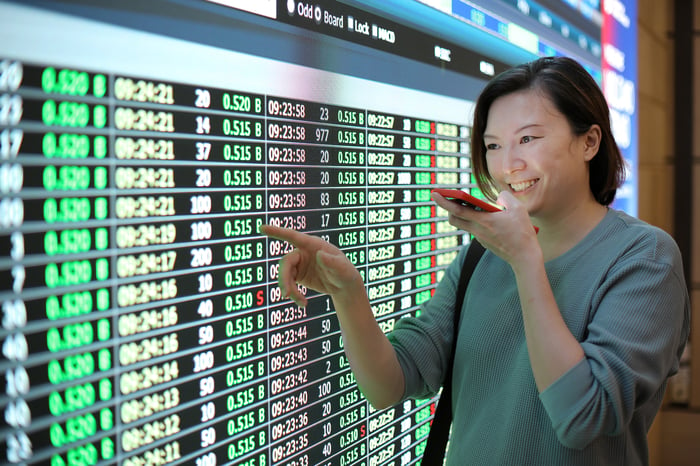 Market-beating performance over the past 10 years

Voya Financial makes most of its revenue as a retirement plan sponsor and administrator. It’s the largest provider of government retirement plans in the U.S., and is fourth in the number of plans serviced, fifth in participants, and sixth in assets. Its goal — and tag line — is to become “America’s Retirement Company.”

Also, Voya was recognized by Forbes as one of the most admired companies, and earlier this year, it was honored by Ethisphere as one of the world’s most ethical companies — joining only five other financial services firms. CEO Rodney Martin said the company places high importance on building a strong culture, advocating for people with special needs and disabilities, and advancing diversity, inclusion and equality. Among its other awards, it ranked fourth on Barron’s list of most sustainable companies in 2021 and got a perfect score from the Human Rights Campaign as one of the best places to work for LGBT equality.

Gains across the board in Q2

Letʻs take a look at where Voya is right now before looking ahead to where it is going. Voya is coming off a second quarter where it generated $459 million in net income, or $3.53 per share, up from a net loss in the second quarter of 2020. By its preferred measure, adjusted operating earnings after tax, it generated a record $287 million, or $2.20 per share, up from $0.15 per share a year ago. Officials use this metric because it focuses on the operating performance and trends in the underlying business segments and excludes items that tend to be variable based on capital market conditions, like income related to noncontrolling interests, divestments, and other factors.

Voya benefited from gains in its three primary business lines — wealth solutions, investment management, and health solutions. Wealth solutions, Voyaʻs retirement plan administration business, is its largest, accounting for about two-thirds of income with $295 million in pre-tax adjusted earnings. It had a record quarter with increases in deposits and net flows into its retirement plans, which led to a 20.6% year-over-year increase in assets. Investment management, the second largest business with $66 million in adjusted earnings, was also up big year over year due to equity income and net inflows. The Health Solutions business, which is the employee benefits business, including group insurance, had $63 million in pre-tax adjusted earnings, a record due to higher underwriting income and lower loss ratio in the voluntary worksite insurance market.

In the second quarter, Voya closed on a couple of deals that seek to focus its efforts on retirement plans and workplace financial solutions. It sold its independent financial planning arm, which includes some 800 independent advisors, to Cetera Financial Group. Voya officials said it provided the company with over $300 million in deployable proceeds. Voya will retain some 600 advisors who work on behalf of its retirement plans.

The company also closed on a deal to acquire Benefit Strategies, a third-party administrator of health savings and spending accounts with 3,400 employer customers and some 370,000 participants. It is in line with Voyaʻs strategy to build out its institutional retirement business — providing the company with capabilities that complement all three of its business lines. These moves should help solidify its standing and help it gain market share as it seeks to become “Americaʻs retirement company.”

The cheap valuation adds to the attractiveness of this stock right now. The stock is trading below its $73 per share book value, giving it a 0.86 price-to-book ratio at recent prices. The company has been wisely buying back shares at this cheap valuation, repurchasing over $750 million in shares in the first half of the year with plans to buy back $1 million worth in 2021.

And it has more than $1.5 billion in excess capital, thanks to the sale of the independent financial planning business and sound management. The asset-light business has an operating margin of 53% and a 23.6% return on equity — both of which speak to its efficiency.

Voya is a good company, with a clear mission, solid financials, and earnings power as a major player in its market — all at a ridiculously cheap valuation. All signs point to a solid buy.