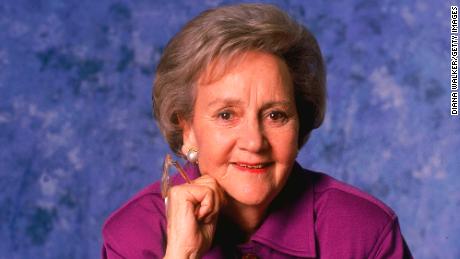 Rendle, who is currently president of the company, has been with Clorox (CLX) for 17 years and will begin her new role on September 14, the company said in a statement Monday. She’s taking on the new position during a busy year for the company, the world’s largest producer of disinfectant and cleaning products. Clorox’s stock is up 53% this year as the coronavirus pandemic has spread across the United States.
Although the number of women CEOs on the list technically comes to 36 right now, it will officially hit 38 in mid-September after Rendle begins her new role at Clorox and Sue Nabi takes over as Coty’s (COTY) CEO on September 1, according to Fortune.

Women have only been on the Fortune 500 CEO list for 48 years. Katharine Graham, the former chief executive of The Washington Post, made history as the first woman on the list in 1972.

Progress has been slow.

A tiny fraction — less than 1% — of Fortune 500 companies have Black CEOs. And only three women on the list of Fortune 500 female CEOs are women of color, according to Fortune. Those women are Sonia Syngal, the CEO of Gap Inc. (GPS), Lisa Su, the CEO of Advanced Micro Devices (AMD) and Joey Wat, the CEO of Yum China (YUMC).
More women have climbed the ranks this year, but at the same time some veterans have stepped down from their posts.

In June, Marillyn Hewson stepped down from her role as Lockheed Martin’s CEO after more than seven years. She is now the executive chairman of the board.

Read More: The Fortune 500 now has a record number of female CEOs: A whopping 38