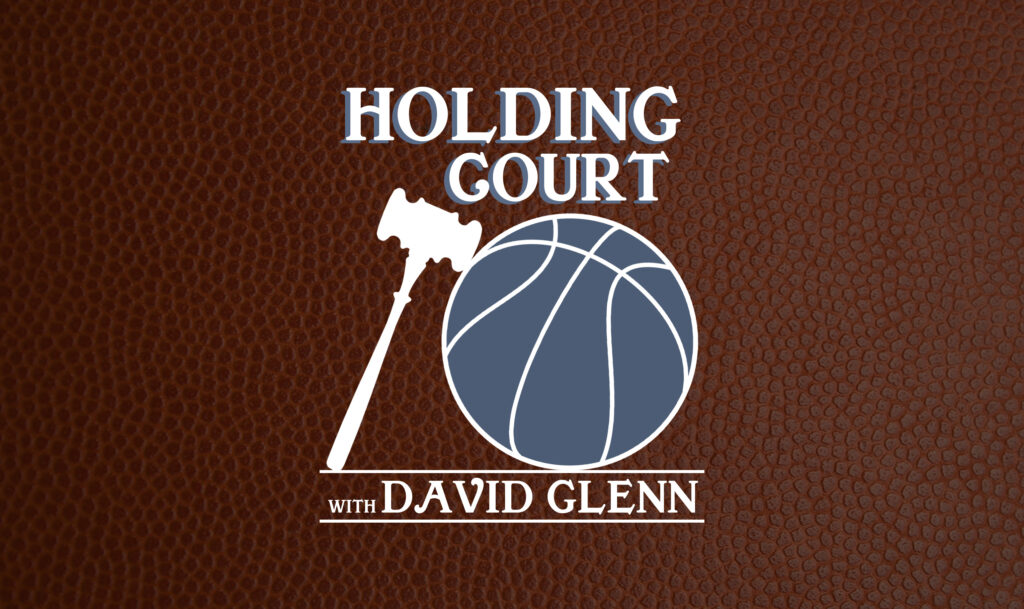 The Atlantic Coast Conference has called North Carolina “home” since the league’s creation in 1953.

While that theme may continue — hello, Charlotte? — the ACC’s 68-year run with its headquarters in Greensboro now appears highly likely to be nearing its conclusion.

The ACC’s 15-member Board of Directors, chaired by Duke president Vincent Price, announced Tuesday that the league will begin relocation conversations with other cities, while also extending its discussions with Greensboro.

“The Board of Directors is continuing its work to evaluate and will make decisions that are in the long-term best interests of the ACC,” Price said in a statement. “Greensboro has been our proud home for almost 70 years and will be given thorough consideration to remain so for years to come.”

In the same statement, however, the ACC painted a picture that seemed to exclude Greensboro. The league specified that the criteria for its (assumedly) new location will be focused on, but not limited to, the following:

Only a handful of cities in the Eastern time zone fit that size-growth-diversity-brand-synergy description, and Charlotte clearly is among them. The “financial considerations” reference includes both the reality that bigger cities likely will be more expensive than Greensboro and an overt, flirtatious wink toward government officials at the state, county and local levels who may be interested in luring the ACC with tax incentives and/or other financial benefits.

Because all 15 ACC member institutions are located in the Eastern time zone, that criterion was not a surprise, but it may surprise even many North Carolinians to learn that Charlotte’s explosive growth trends in recent decades have made it (according to the 2020 United States census) the 16th-most populous city in the nation.

Among those six large cities, three lack a deep relationship with the ACC, while New York (the Pinstripe Bowl and some recent ACC Tournaments) and Jacksonville (the Gator Bowl, and the league’s annual meetings are held in ritzy, nearby Amelia Island) have some significant links, and Charlotte has many ties (second-most ACC Tournaments, most ACC Football Championship Games, some ACC Network facilities, more).

Charlotte checks the growth and diversity boxes, too.

The Charlotte metropolitan area, which also includes Concord, Gastonia, Huntersville, and Rock Hill, S.C., as well as a number of other fast-growing suburban cities and towns, has a population of almost 2.7 million, which ranks 23rd in the nation. Also known as Metrolina, the area grew almost 19 percent from 2010 to 2020. Among larger metro areas, only Dallas, Houston and Orlando had higher growth rates in that very recent time period.

In terms of demographic diversity, Charlotte is about 42 percent white, 35 percent African-American, 14 percent Hispanic/Latino, seven percent Asian and two percent other. Those numbers reflect far more racial diversity than those for North Carolina (63 percent white) or the United States (60 percent white) in their entireties.

Meanwhile, though many in North Carolina have fond memories of their trips to Greensboro for the ACC Tournament, most ACC fans outside North Carolina simply don’t share those sentiments. For many years, there have been complaints about the limited number of direct flights to Piedmont Triad International Airport, along with the public transportation, restaurant and entertainment options in Greensboro.

Syracuse basketball coach Jim Boeheim caused a public stir years ago with his Denny’s reference and other comments about Greensboro, but ACC coaches and administrators traveling from other states have privately registered similar complaints for decades.

Remember, while Duke, North Carolina, NC State and Wake Forest once comprised literally half of the ACC membership (it was only an eight-team league for a while), those same founding ACC members now make up only about 27 percent (four of 15) of the conference. Generally speaking, those other 11 schools just don’t have romantic feelings about Greensboro, as many connected to the Big Four universities have had and still have in many cases.

Charlotte Douglas International Airport is not only a hub airport (via American Airlines), with the obvious non-stop flights to Atlanta, Boston, Chicago, Miami, New York and dozens of other major cities, nationally and internationally, it has regular non-stop flights to smaller ACC cities such as Charlottesville, Louisville, Pittsburgh, Syracuse and Tallahassee, too. While that may not matter to anyone in North Carolina, it matters to a lot of people in those places.

Last, but certainly not least, is the money factor. The “follow the money” mantra always applies in these situations, and money matters typically dominate the conversation, even if and when other things also matter.

As the ACC continues to hope for and expect a $100 million per year windfall, in the form of an ACC Network distribution deal with Comcast/xFinity, the only major American pay-TV provider that doesn’t already offer the channel, the conference remains well behind the Big Ten and Southeastern Conference financially.

In response to the ACC’s headquarters announcement, many have asked this logical question: Does physical proximity to potential business partners actually matter, especially in the Internet Age?

While that’s perhaps a deep dive for another day, and one that the league’s independent consultant (Newmark) undoubtedly will continue to explore, there’s absolutely no doubt that other major East Coast cities, including Charlotte, offer at least more business potential than Greensboro in this regard.

Among cities in the Eastern time zone, New York, Washington, Philadelphia, Atlanta and Boston are the biggest business hubs by various definitions, including the Fortune 500 impact. In 2020, for example, there were 65 Fortune 500 companies headquartered in the New York City metro area, representing a cumulative total of almost $1.8 trillion in revenue. The Atlanta metro area ranked 12th nationally on that list, representing almost $400 billion.

In 2020, 13 Fortune 500 companies called North Carolina home. None of those 13 is based in Greensboro, although Labcorp (#274) and Hanesbrands (#436) are nearby, in Burlington and Winston-Salem, respectively.

Among the six North Carolina-based companies that ranked in the top 250 of the Fortune 500, ALL SIX have their headquarters in the greater Charlotte area: Bank of America (#25), Lowe’s (#44), Honeywell International (#92), Duke Energy (#123), Nucor (#139) and Truist Financial (#217). Lowe’s is headquartered in Mooresville, about 30 miles north of Charlotte by car, and the other five are based in Charlotte itself.

From the Fortune 500 list, Sonic Automotive (#301) and Brighthouse Financial (#457) also call Charlotte home, meaning eight of the top 13 are located in the greater Charlotte area. Yet another Fortune 500 company, CommScope Holding (#381), is located in Hickory, which is only 45 miles (as the crow flies) from Charlotte.

ACC officials know that moving the league’s headquarters out of North Carolina entirely would cause even more indigestion, and an even more severe break from the culture and history of the league, than a 90-minute trip (insert your favorite traffic joke here) down I-85 to Charlotte would cause.