Singapore could become the first dengue-free country in the tropics, according to Alphabet’s life sciences unit Verily — if the government decides to use its technology across the city state to tackle the mosquito-borne disease.

Dengue claims 300mn victims each year, with 90mn serious cases and tens of thousands of deaths, the majority being children. In Singapore, cases have surged this year, with the average weekly number as of early December being 20 per cent higher than normal, according to the National Environment Agency.

But in some residential neighbourhoods where the NEA and Verily have run field trials, it is a different story. Verily’s tech fights dengue-carrying Aedes aegypti mosquitoes with the release of other facility-bred Wolbachia–Aedes mosquitoes. The NEA has reported up to 98 per cent suppression of the Aedes aegypti population and an 88 per cent reduction in dengue cases after at least one year of releases under Project Wolbachia, which Verily joined in 2018.

“We could make Singapore the first dengue-free country in the tropics,” said Linus Upson, who leads Verily’s Debug Project out of California and previously worked at Google. “We are making sure our [island-wide] proposal is scientifically and economically sound . . . and will make a proposal to [the Singapore government] in the next couple of months.”

Projects to sterilise insects have been around for decades and Verily has trialled the technology elsewhere, such as in California, but high density Singapore is seen as a particularly ambitious opportunity to test a whole country.

Companies, including resorts and hotels in hot, tropical locations could eventually be customers of the tech — though concerns remain about environmental impact, with the insects being pollinators that affect plant growth. There are also doubts over whether poorer governments in south-east Asia could afford to replicate wealthy Singapore’s project.

Aedes aegypti is the primary vector that drives dengue transmission in Singapore and can also carry the yellow fever, chikungunya and Zika viruses.

The key to eradicating it is using Wolbachia — common bacteria that occur naturally in 50 per cent of insect species — for suppression. Verily’s highly automated facility in Singapore and team of scientists, engineers and specialists rear mosquitoes, sort them according to sex and then release males to mate with wild females. Verily’s males have Wolbachia, while wild Aedes aegypti females do not, making them incompatible. The females lay eggs, but they never hatch.

“The concept is quite interesting because they are adding to the overall number of mosquitoes to bring the population down. It has worked here and other places though we need to work out if the overall benefit is worth the environmental impact and the cost,” said one science professor based in the city state, asking to speak anonymously because it is a government project.

Other projects that do not focus on suppression have also had success. The World Mosquito Program, working in 12 countries from Australia to Brazil and Fiji, rears and releases Wolbachia-infected mosquitoes weekly over a period of up to 20 weeks. After one year, the wild population of the target area becomes infected, with the bacteria able to block the replication of viruses including dengue.

“We effectively immunise them,” said Cameron Simmons, the World Mosquito Program’s director of global implementation and director of the Institute of Vector-Borne Diseases at Monash University. There were not more or fewer mosquitoes with the WMP method, he said. It also did not need to be repeated and did not require huge industrial and automated facilities. 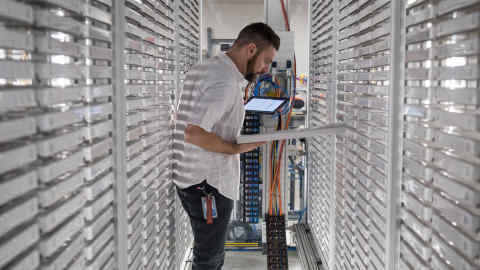 “High-income countries such as Singapore or states in the US can afford the male mosquito method used by Verily. But in cities such as Jakarta, Bangkok or Ho Chi Minh, both the mosquito and human population are much higher, making it more difficult and expensive. [That technology] has not been proven at scale,” Simmons added. “We don’t solve the problem of people being bitten. The mosquitoes are still there, but we solve the health problem.”

Proponents argue that suppression techniques are still cheaper than the public health cost over the long term. Research by the NEA put the economic impact of dengue at between $1bn to $2.2bn between 2010 and 2020.

Upson agreed there was an environmental impact to any interference but said the problem of invasive species of mosquito such as aedes aegypti — which is not native to south-east Asia — had become ever more serious for governments and health systems.

The cost of Verily’s programme in Singapore “would be less than the direct healthcare costs of dengue”, he argued.

Why Redfin Stock Sank 20.9% in December

2 Falling Stocks Could Mean an Ugly Earnings Season Ahead

Personal savings hits low in 2022, how to boost your account balance