Hong Kong home sales have fallen 40 per cent year-on-year to their lowest level since the 2008 global financial crisis, data from the local land registry and projections from real estate agencies have shown.

The slump in one of the world’s priciest real estate markets is expected to only bottom out by mid-2023 and home prices could fall by up to another 10 per cent next year, analysts said.

2022 “was the worst year since 2008 for Hong Kong residential”, said Praveen Choudhary, an equity analyst at Goldman Sachs specialising on the city’s real estate and conglomerates.

Home sales closed by the property development arm of Hong Kong’s richest man Li Ka-shing halved from 2021 as the city struggled to revive its economy after years of harsh Covid-19 restrictions. New home transactions at CK Asset Holdings, Li’s real estate unit, fell from 900 in 2021 to about 450 in 2022 as the territory battled its first significant Covid outbreak, which peaked in March.

The total transactional value for its sales doubled to about HK$26bn (US$3.3bn) due to the sale of luxury flats. But sales at 21 Borrett Road, a prime project in the heart of the city, came under scrutiny after 152 units were sold for a total HK$21bn, with the average square foot price roughly a quarter lower than the average of other units sold previously.

“The total transactional value this year is better than expected,” William Kwok, CK Asset’s chief manager of sales, said. “A bulk deal is just the same as selling the units one at a time when it comes to sales volume from the company’s perspective.”

Under Beijing’s zero-Covid policy, Hong Kong only recently reopened its borders with the rest of the world and is expected to resume quarantine-free travel to mainland China from mid-January.

New home sales agreements plummeted to 10,068 between January and November 2022, from 16,136 over the same period of 2021, according to the local land registry, while transactional value halved from HK$214bn to HK$107bn.

Annual home sales agreements in 2022 are projected to be lower than that of 2008 at 11,046 units based on preliminary December data, according to real estate agents from local-based Midland Realty and Centaline Property Agency.

Stewart Leung, vice-chair of Hong Kong-based real estate conglomerate Wheelock Properties, said developers would “probably have to wait until mid-2023 to see the light at the end of the tunnel”. Wheelock sold nearly 600 new homes in 2022 at a total value of about HK$9.5bn, compared with 2,100 units and HK$33.1bn the previous year.

Real estate services groups JLL and Knight Frank expect home prices to fall by up to 10 per cent overall in 2023, while JPMorgan expects an 8 per cent dip in 2023. 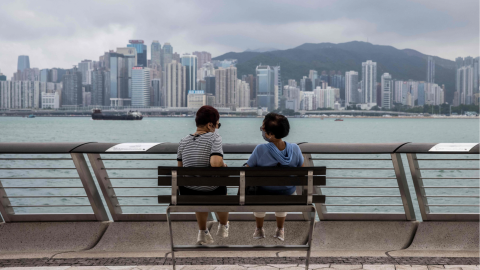 Downward pressure on home prices has also been aggravated by an exodus of residents following the introduction of new security laws in the city and tough Covid curbs.

Poor real estate market performances have hit the government’s land sales revenue, with an estimated HK$35bn generated in 2022 — a 68 per cent year-on-year drop — according to Martin Wong of Knight Frank.

A plot in Kowloon that could accommodate 1,750 units was last month awarded to CK Asset with a bid of HK$8.7bn, setting a much lower than expected average price per square foot of gross floor area at HK$6,138, the lowest since 2014.

What to do if your home insurance gets canceled

What to do if your home insurance gets canceled