‘It’s going to be an earthquake’: IPL’s global push to reshape cricket

Since 2014, Jamaica’s Andre Russell has enjoyed a memorable run for the Kolkata Knight Riders in the wildly popular Indian Premier League, his combination of heavy hitting and fast bowling well suited to the rapid pace and short format of the Twenty20 cricket tournament.

Soon, he will debut for not one but two more Knight Riders franchises. Next month, he will play for the Trinbago Knight Riders in the Caribbean Premier League, followed by a spell in January with the Abu Dhabi Knight Riders for the inaugural season of the United Arab Emirates Twenty20 cricket league.

More than a decade after the IPL revolutionised the game in India, its clubs are going on a global acquisition spree. Teams such as the Knight Riders, part-owned by Bollywood superstar Shah Rukh Khan, and the Mumbai Indians of tycoon Mukesh Ambani now own more than a dozen franchises from the Gulf to the US. IPL teams last month bought all six franchises in an upcoming Twenty20 league in South Africa.

The trend may be a lucrative opportunity for IPL team owners, but for cricketers, executives and fans, it is the beginning of a shift they say may change the future of the game.

Elite cricket has long been built around international teams and five-day Test matches, a longer format considered the most sophisticated form of the game. But with the financial success of the IPL and its three-hour Twenty20 matches, observers said cricket was increasingly resembling a club game such as football, in which an explosion of IPL-inspired leagues offer more money and place greater demands on players’ time.

“What we’re seeing is a complete paradigm shift of the whole sport, from how it’s run to how it’s played,” said Deep Dasgupta, a commentator and former India and IPL player. “It changes everything.”

Russell, the globetrotting Knight Rider, has not played for the West Indies international team since last year, telling Sky Sports this month that he needed to give the “best opportunity” to his family.

New Zealand fast bowler Trent Boult recently ended his national contract in part to make “himself available for domestic leagues”, according to the country’s cricket board. England all-rounder Ben Stokes last month retired from one-day international cricket, a mid-length format, to devote more time not only to Test matches but to Twenty20.

“What might happen over the next 10 years or so is that you will end up having all these franchise tournaments throughout the world, just like football’s Premier League, and you will end up having small gaps where international cricket can be played,” Dave Houghton, Zimbabwe’s coach, recently told India’s The Hindu newspaper.

Mubashir Usmani, general secretary of the Emirates Cricket Board, said revenues from the UAE’s new league would help develop the game. In many countries, “cricket right now is struggling economically,” he said. “We have to think innovatively [about how] to bring cricket back, and to make it a true global event like football.”

Executives and analysts said the trend is being driven in large part by the IPL and its team owners, who range from Indian celebrities to industrial conglomerates.

Since launching in 2008, the league has brought an unprecedented windfall to cricket, thanks to lucrative media and sponsorship deals. The governing body, the Board of Control for Cricket in India, in June sold the 2023-2027 media rights for $6.2bn to Disney and Viacom18, a joint venture between James Murdoch and Ambani’s Reliance Industries. On a per-game basis, the IPL is now the second-most valuable sports league globally, after the US National Football League.

The overseas expansion of IPL teams, which are profitable and valued at hundreds of millions of dollars each, follows a strategy being replicated across sport. In soccer, City Football Group, the owner of English Premier League champions Manchester City, has stakes in more than 10 clubs around the world.

With each season of the IPL only a few weeks long, overseas franchises allow the teams to redeploy staff and keep fans engaged during the long off-season. While players are contracted on a league-by-league basis, it also creates the possibility that sports groups could in future sign players such as Russell year-round, moving them seamlessly across franchises through the year.

“To have other teams playing at other times of year creates economies of scale,” said Simon Hughes, a former cricketer and co-author of a book on Twenty20 cricket. “They’re becoming brands and brands want to grow.”

Success for the new leagues is far from guaranteed. While the IPL’s viewership benefits from a massive, cricket-loving domestic population, smaller cricketing nations often struggle to attract an audience large enough to entice lucrative deals from broadcasters, advertisers and sponsors. In South Africa, two previous Twenty20 leagues have failed.

IPL team owners face one significant constraint: the BCCI bars Indian players from taking part in overseas Twenty20 leagues without its permission, a policy that executives said was designed to protect the IPL’s primacy. Without Indian players, new leagues may labour to excite Indian fans whose viewership boosts their value to broadcasters.

“All of these leagues are trying to attract Indian eyeballs,” said Mike Fordham, a former executive with the Rajasthan Royals IPL team who is now working on the UAE’s league. “It’s a case of balancing interest from India and creating the most exciting product for your local market.”

Santosh N, managing partner at D and P Advisory in Bangalore, said the new teams were unlikely to immediately increase the profitability of their IPL owners. But with annual franchise fees estimated at a few million dollars, the financial damage to the IPL is also limited if they fail. The “acquisitions are more strategic in nature and may add long-term value, but nothing much in the short term”, he said.

The explosion of Twenty20 leagues has divided cricket fans. 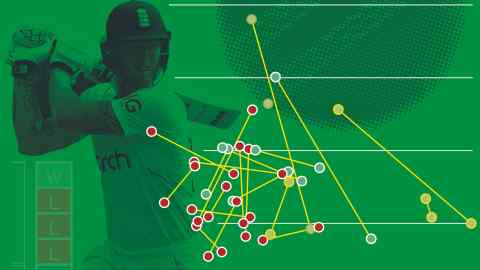 Advocates for the model argue it will drive investment in the sport and foster a wider pool of talent. The UAE’s league mandates that each squad must have a quota of locals and those from lower-ranked, “associate” cricketing nations such as Oman and Namibia. “We want this to be a vehicle that leads to growth of cricket,” Fordham said.

But others, particularly diehard fans of Test cricket, fear the game will suffer as players devote more time to domestic leagues.

While the richest cricket boards such as those of England or Australia may continue to be able to lure top players with large contracts, some worry that players from smaller cricketing nations that cannot compete financially with the IPL will gravitate towards domestic leagues.

“I’m distressed,” said Sharda Ugra, a cricket writer in India. “It’s going to be an earthquake and it’s going to change the game fundamentally. It’s not that test cricket is going to die, but the tension is going to be [between test matches and] players killing themselves for Twenty20.”

An earlier version of this story listed Afghanistan and Ireland as associate IPL nations. They are full members.

Can ETFs Alone Make You Retire a Millionaire?

Your smartphone is still ruining the planet, but there may be a more sustainable solution

Citigroup: The only asset investors can use as a recession hedge this year

Why Chewy Fell 11% in August